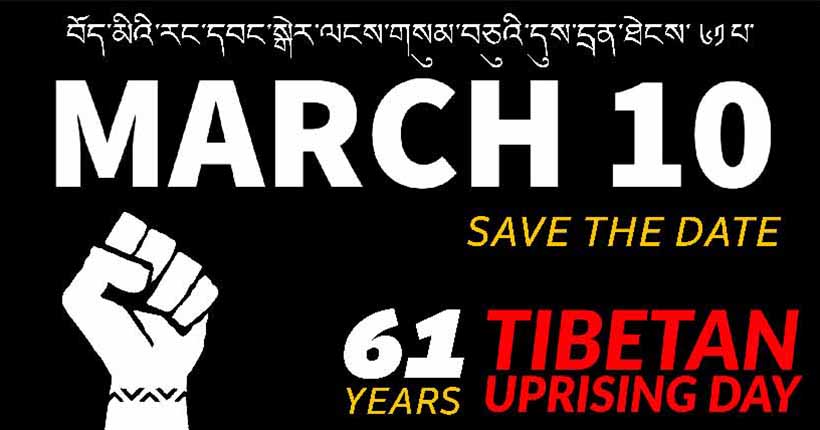 As we pay tribute to the extraordinary courage of Tibetans resisting in Tibet, and all Tibetans, past and present who have courageously resisted China’s violent colonial rule. We urge citizens around the world to join us in calling for an end to China’s occupation of Tibet.

Photo Op: Massive protest – thousands of protesters (Tibetans and non-Tibetan allies) with Tibetan flags and placards marching for Tibet through the streets of New York, including Times Square, the UN, and the Chinese Consulate.

MARCH 10 AROUND THE WORLD:

Stay tuned. We will be adding more info in the coming days.