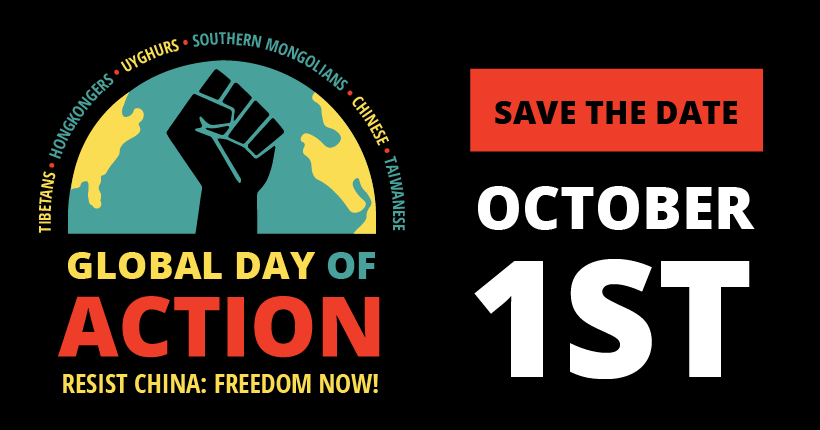 SFT is gearing up for Global Day of Action (GDA) alongside impacted communities and human rights organizations on October 1st—the anniversary of the founding of the People’s Republic of China. While the Chinese Communist Party celebrates over a century of oppression and colonization, we will be hitting the streets! China must immediately stop:

Find a protest near you this October 1st and stand with #Tibetans #Uyghurs #Hongkongers #Taiwanese #SoutherMongolians & #Chinese!