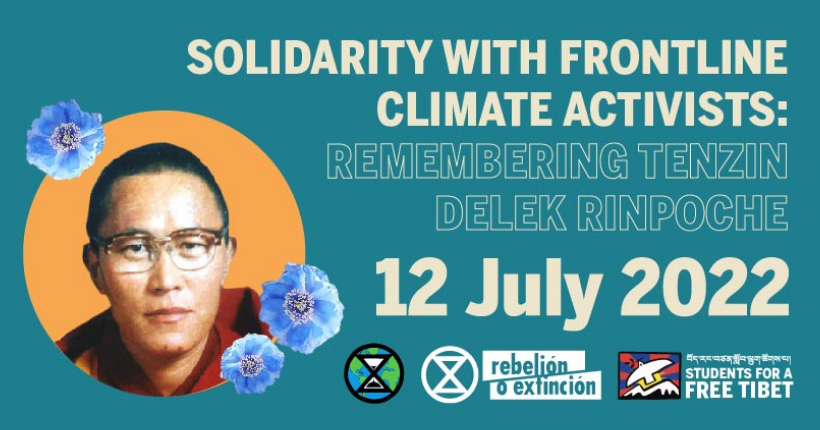 
Related Topic:
This event has passed.

EsXRebellion And XRitaly Join Students For Free Tibet In Their Fight For Climate Justice.

In life, Tenzin Delek Rinpoches worked on environmental protection and preservation inside Tibet. And in death, his work has continued to inspire many inside and outside of Tibet. Tenzin Delek was wrongfully charged with “crimes of terror and incitement of separatism” and sentenced to death by the Chinese government. After enduring 13 years of imprisonment, Tenzin Delek died in CCP custody in 2015.

Nyima Lhamo is Tenzin Delek’s niece and will be one of the speakers for this talk. She has spent most of her life sharing her Uncle’s story, at great personal risk. This talk is an opportunity to stand in solidarity with the Tibetan people in their fight for self-determination and justice.

The talk will be in English and Spanish.