Students for a Free Tibet

Amplifying the Voices of Tibetans in Tibet —

We work in solidarity with the Tibetan people in their struggle for freedom and independence. We are a chapter-based network of young people and activists around the world. Through education, grassroots organizing, and nonviolent direct action, we campaign for Tibetans’ fundamental right to political freedom.

Students for a Free Tibet (SFT) was founded in New York City in 1994 by a group of Tibetans and young students and supporters.

Start a chapter, intern/volunteer with us, attend our trainings and workshops, donate and raise your voice for those who have none. 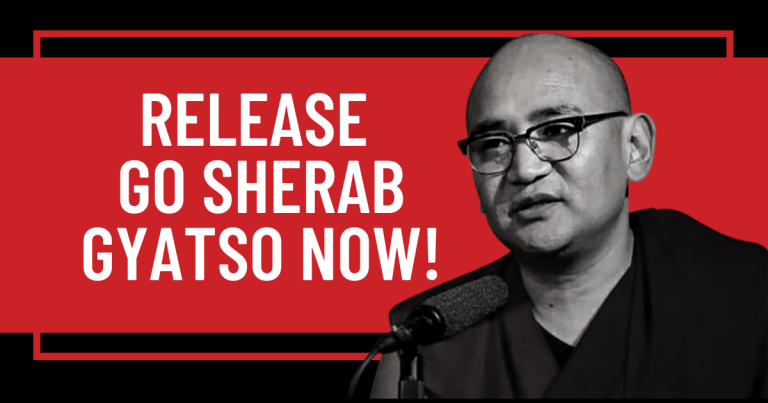 The U.S. Department of State is calling for the immediate and unconditional release of imprisoned Tibetan writer Go Sherab Gyatso, as part of their #WithoutJustCause political prisoners campaign, which was launched earlier this month. They have compiled a list of 18 political prisoners whose... 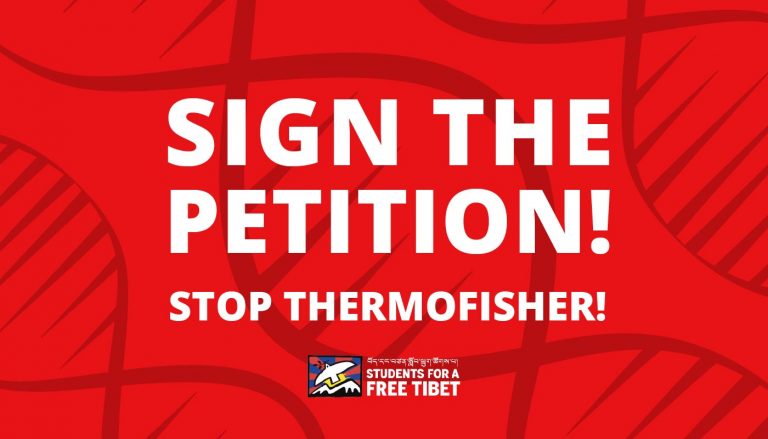 Stand With Us On Stopping Thermo Fisher!

We are calling on Tibet supporters around the world to take one simple action right now to stand with Tibet! Recently, Human Rights Watch and Citizens Lab have reported that the Chinese government has launched a full-scale campaign of biometric repression against... 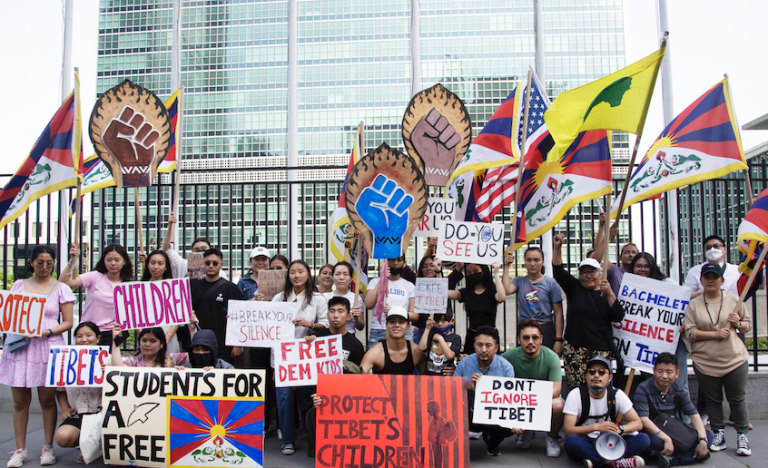 CALL ON MICHELLE BACHELET TO BREAK HER SILENCE ON TIBET! NEW YORK, May 23rd—Yesterday, more than 50 Tibetans and human rights activists gathered in front of the United Nations to protest High Commissioner for Human Rights Michelle Bachelet’s visit to China. As... 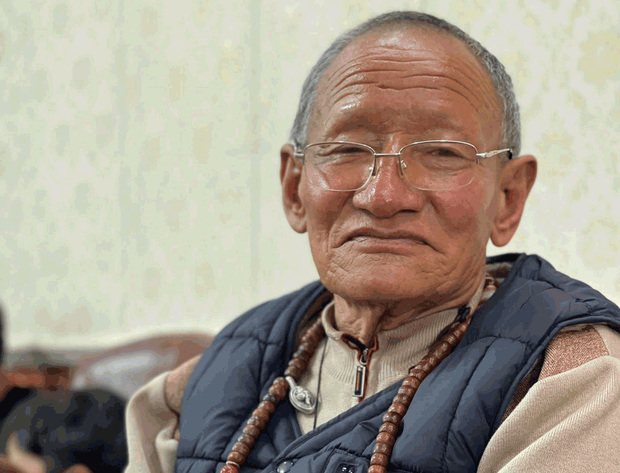 The burning death in Sichuan is the 160th known self-immolation in Tibetan regions since 2009. An 81-year-old Tibetan man has died after a self-immolation protest over Chinese rule, setting himself on fire last week at a police station in front of a... 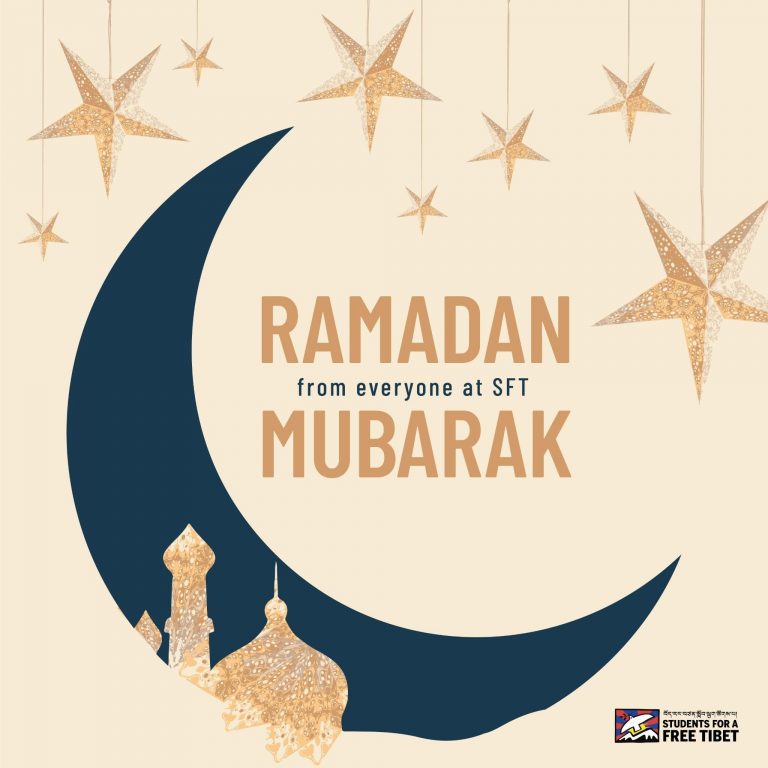 SFT Statement for the Beginning of Ramadan

Students for a Free Tibet would like to wish a Ramadan Mubarak to all of our allies celebrating around the world. During this joyous time of year, we especially hold our Muslim friends from the Uyghur and Rohingya communities in our hearts.... 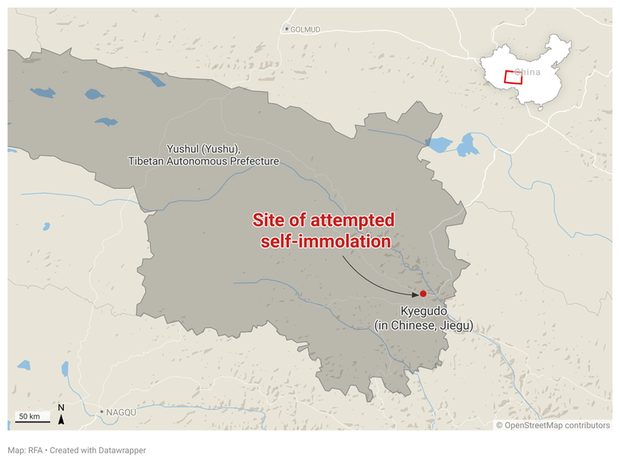 The fate and motivation of the man, identified as Tsering Samdup, remain unknown. A Tibetan man set himself on fire near a police station in a Tibetan region of northwestern China’s Qinghai province and was immediately taken away by authorities with no...

Read more
Read More of Our Latest Updates
Thank you for making 2018 a great year for Tibet! 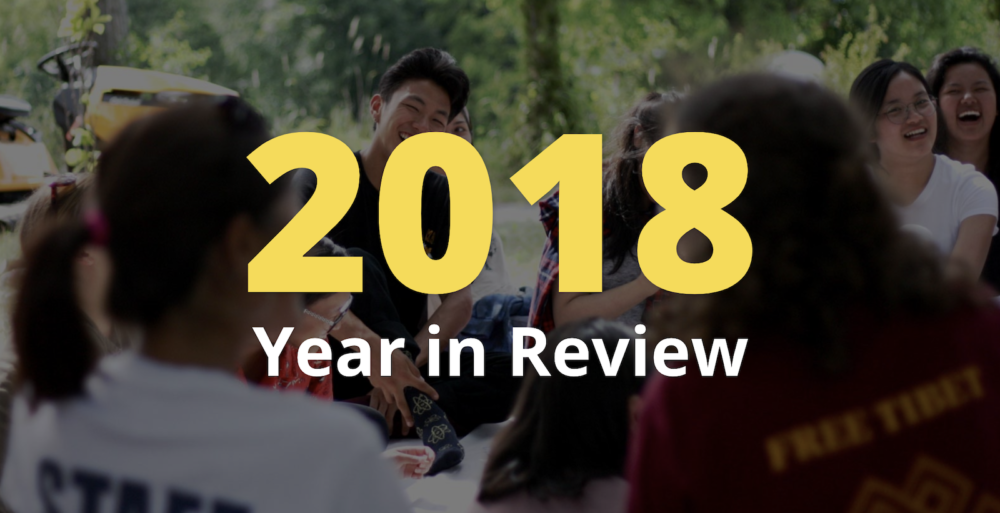