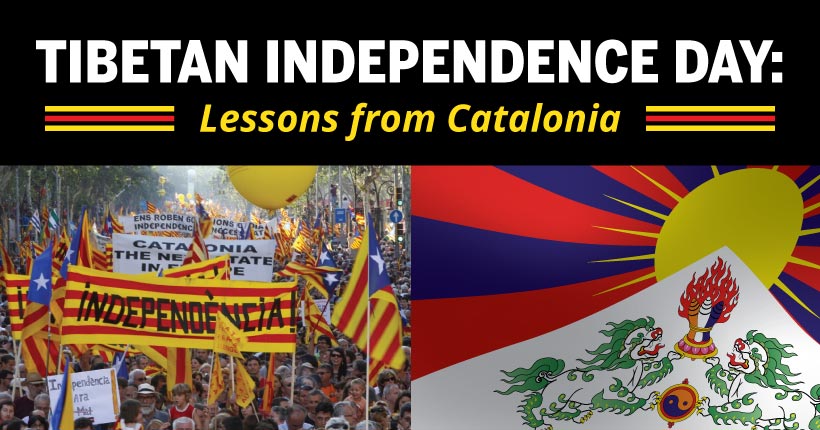 Related Topic:
This event has passed.

Roser Caminals-Heath is a Catalan writer who has lived in Frederick, Maryland, since 1981. She received her MA and PhD in Germanic Languages from the University of Barcelona. She has published seven novels, some of which have also appeared in Spanish and two–Once Remembered, Twice Lived and The Street of the Three Beds–in English. Her non-fiction book The American Seduction is also forthcoming in English. Between 1981 and 2017 she taught Spanish language and literature at Hood College (Frederick, MD). Roser Caminals is a member of the Catalan National Assembly (ANC)

Catalan National Assembly (ANC) is a grassroots organization that brings together around 100,000 people from all parts of the Catalan society, including different ideologies, religions, and nationalities for a common cause: to win Catalan independence in a completely peaceful and democratic way. Since its inception in 2012 the ANC played a significant role as a political facilitator: by combining pressure on and support for political parties and the Catalan government, civil society has achieved a majority for a referendum in Parliament.

Tenzin Dorjee, a Senior Researcher, and Strategist at Tibet Action Institute is a Tibetan independence activist and writer, and currently a PhD student in Political Science at Columbia University. He is a former Executive Director of Students for a Free Tibet, training and mentoring hundreds of youth in the theory and application of strategic nonviolence. Tendor is a recipient of the 2014 ICNC Research Monograph Award.
Light food and drinks will be served

The one-thousand-year-old Catalan nation has had to struggle for its survival, particularly since its defeat in the war of the Spanish Succession in 1714, when its self-government came to an abrupt end and the Catalan language, customs and any other distinctive traits were banned. During the 19th century, Catalonia’s economic success went hand in hand with a renewed Cultural Renaissance that boosted Catalan cultural life and reinforced its sense of identity. During the first half of the 20th century, a Catalan state was declared twice, but both times immediately suppressed by the Spanish government. In 1936 the Spanish Civil War broke out and in 1939 it was followed by nearly forty years of dictatorship. After dictator Franco death, Catalan separatists were the last political movements to be legalized. The desire for greater sovereignty has been the major focus for the Catalan government ever since.

The Spanish transition did not meet the expectations of Catalonia. Pro-independence sentiment began to grow in the late 90s when re-centralization efforts by the Spanish government began. The constant blocking of Catalan self-government aspirations caused frustration time and again. This culminated with the rejection of a new Charter for Catalonia by the Constitutional Court of Spain in 2010 -which had been previously agreed with the Spanish government and passed by a referendum in Catalonia. Popular protest against the decision quickly turned into demands for independence. According to polls, support for independence has jumped from around 14% of the population at the end of the 20th century to at least. On Oct 1, 2017, a referendum on independence was celebrated in Catalonia against the will of the Spanish government. With a 43% turnout, it gave a 90% in favor of an independent Catalonia.

On February 13, 1913, the 13th Dalai Lama and the Tibetan people restored Tibet as a sovereign nation and proclaimed Tibetan independence after the failed invasion of the Manchu army. Every year on February 13, we celebrate the day to secure our past and shape our future for a free and independent Tibet.

Every country marks significant historical dates in its founding as a nation. Regardless of its current political status, Tibet is no exception and Students for a Free Tibet has set aside February 13th as an important day to commemorate Tibet’s independent past. In occupied countries, observing independence day is a powerful expression of a people’s desire for freedom.