Every country marks significant historical dates in its founding as a nation. Regardless of its current political status, Tibet is no exception and Students for a Free Tibet celebrates February 13th as an important day to commemorate Tibet’s independent past and to shape our future for a free and independent Tibet.

On February 13, 1913, the great 13th Dalai Lama and the Tibetan people restored Tibet as a sovereign nation and proclaimed Tibetan independence after the failed invasion of the Manchu army. To mark this historic day, on February 13th, 2013, the global Tibet movement observed the centennial of the Declaration of Tibetan Independence by His Holiness the 13th Dalai Lama. In occupied countries, observing independence day is a powerful expression of a people’s desire for freedom.

Since then, February 13th has been celebrated in over 30 cities worldwide by organizing flag raising ceremonies, exhibitions, lobbying events, and other creative actions to put a spotlight on Tibet’s independent past. Globally, elected representatives took part in honoring this day and showed solidarity with Tibetans in Tibet.

In the face of China’s growing propaganda that distorts Tibet’s history and makes illegitimate claims to its land and its people, Tibetans inside Tibet continue to reclaim Tibet through their protests against Chinese rule. We will join this effort by using this campaign as a platform to honor Tibet’s noble past and shape its future. A global commemoration of this empowering history will help renew spirits, and reaffirm a global vision of a future independent Tibet with the return of His Holiness the 14th Dalai Lama.


Join us on February 13 to celebrate Tibetan Independence Day!

3 ways you can celebrate this year’s Tibetan Independence Day!

1. Raise the Tibetan national flag wherever you are and envision yourself one day raising this flag in a free Tibet. 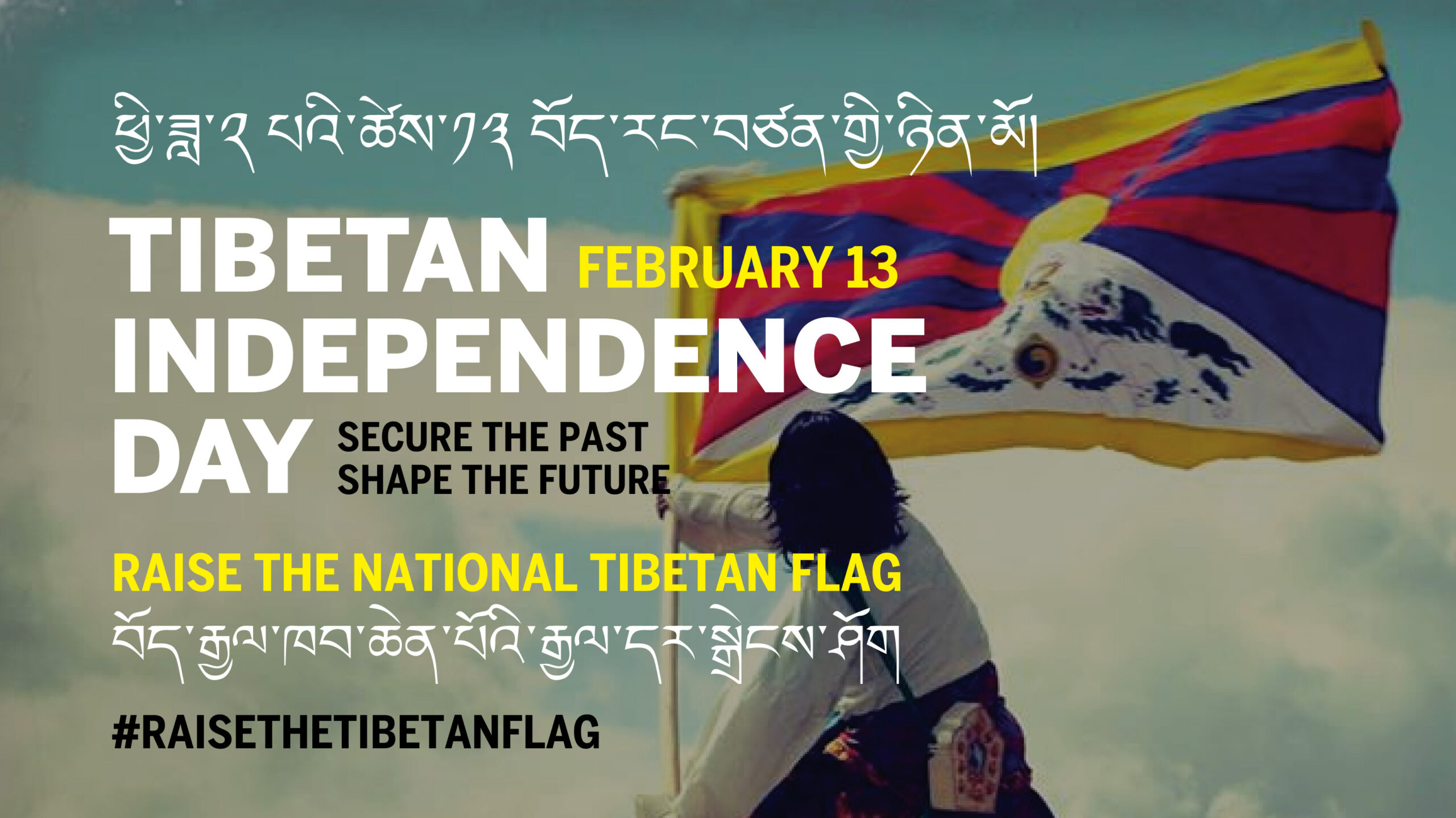 Take a photo raising the Tibetan flag. Use #TibetanIndependenceDay and #RaisetheTibetanFlag on your social media. Your photos may also be featured on SFT’s social media. Send us your photo on info@studentsforafreetibet.org

2. Learn more about Tibetan national flag and educate others by sharing this brochure.

3. you are part of a group or network, organize a Tibetan flag raising protest outside Chinese Consulates or Missions on February 13, 2021. At the protest, you can read the Tibetan Independence Proclamation. You can also issue a press release to your local media outlets. Click here for a sample press release.